Mothers are increasingly leading cannabis reform efforts in the United States. Across the country, mothers have pushed forward laws — even in conservative states — allowing for the use of THC or CBD for children with severe epilepsy and other illnesses.

One such “she-ro” is Heather Shuker of the Pennsylvania Medical Cannabis Society, who began as an advocate for her daughter Hannah after cannabis drastically reduced the number of seizures she suffered. California Senator Dianne Feinstein, who just reversed her longstanding policy of opposing cannabis reform, said her views changed after meetings with constituents, particularly those with young children who have benefited from medical cannabis.

But the movement of mothers advocating for marijuana isn’t only a recent phenomenon about giving children access to medical cannabis. Here are seven mothers, including celebrities, writers and musicians, who have spoken publicly about their own consumption of marijuana and the positive effects they’ve seen from the plant. 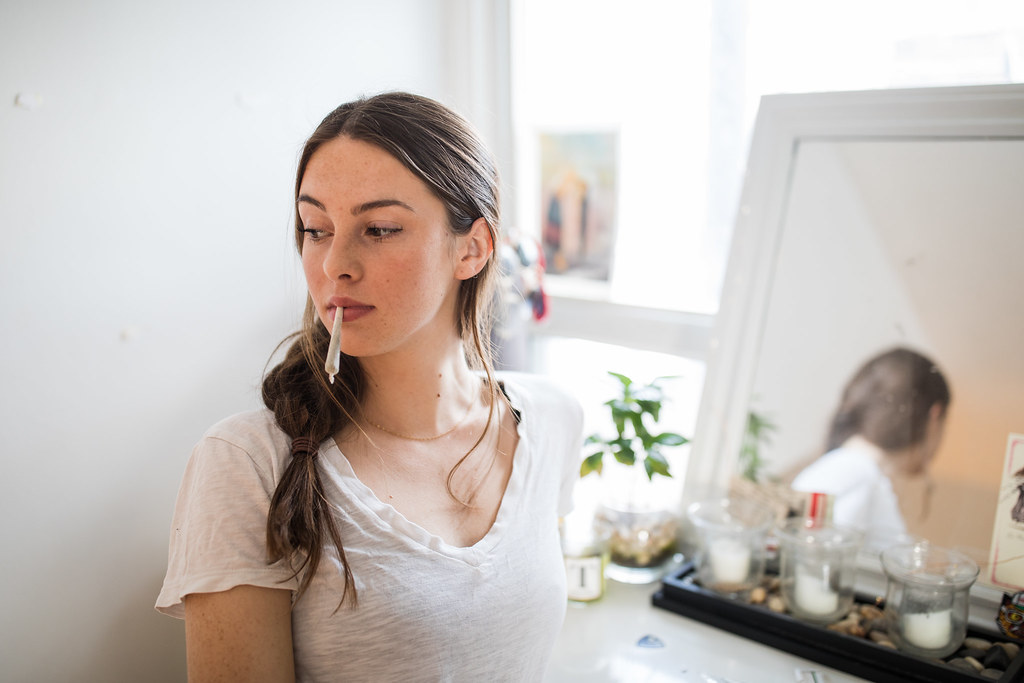 Poetess Maya Angelou wrote about her experiences with marijuana in “Gather Together in My Name,” the second installment of her autobiography, after the acclaimed “I Know Why the Caged Bird Sings”. Angelou, who had a drastically difficult childhood and became a single mother in her teens, wrote: “Smoking grass eased the strain for me…. From a natural stiffness I melted into a grinning tolerance. Walking on the streets became high adventure, eating my mother’s huge dinners an opulent entertainment, and playing with my son was side-cracking hilarity. For the first time, life amused me.”

Musician Melissa Etheridge advanced the cannabis cause when she told Dateline NBC in 2005 that she smoked medicinal cannabis to help with the side effects of chemotherapy during her treatment for breast cancer. Etheridge came out in favor of recreational cannabis at a 2010 press conference in Los Angeles. “I don’t want to look like a criminal to my children anymore,” she stated. “I want them to know this is a choice you make as a responsible adult.” At a Grammy Museum-sponsored Concert for Social Justice in 2015, she pronounced that the cannabis revolution “is being won by middle-aged women.”

Longtime cannabis user and grandmother Ruth Bergner outed herself in her 2005 autobiography, “I Smoke Pot with My Family: Speaking Up at 85.” “With just one puff, I am instantly more open, communicative, loving and forgiving,” she wrote. “I believe that, when used wisely, this substance supports us in learning to be more loving and emotionally sound human beings.” These lessons are all ones that many mothers hope to pass on to their children.

In 2015, Lea Grover, the mother of one-year-old twins, wrote an article for Good Housekeeping magazine titled, “Marijuana Makes Me a Better Mother,” in which she recounted how she benefited from an increased ability to empathize brought on by marijuana, as well dealing with her “parenthood-induced anxiety” more safely and effectively with cannabis than Xanax.

Charlize Theron, who recently told Jimmy Kimmel that she and her mother successfully tried edibles to help them sleep, is currently appearing both in the movie “Gringo,” a boyish romp about a mythical marijuana pill, and in a critically-acclaimed performance for her realistic depiction of the challenges of motherhood in “Tully.” She has two children that she co-parents with her mother.

Susan Sarandon, who has admitted to using pot as far back as 1992, has increasingly become an advocate for marijuana and criminal justice reform. Sarandon told AARP’s magazine in 2014 that, “I would much rather my kids smoke weed than drink, except that it’s illegal.”

Whoopi Goldberg, who has recently entered the cannabis industry with her own line of cannabis products geared toward women and mothers, said it was her daughter who suggested that she smoke marijuana to treat the headaches she was struggling with. “When my daughter gave me a vape pen, I realized that I could relegate it to where I needed it to be,” Goldberg told Marie Claire. “And I would talk to my older grandkids in their 20s, and they’d say they use weed to stop cramps.” Goldberg has also spoken up about the need for more women and mothers in the cannabis industry, saying, “If you had women running the weed market, I think there’d be lots of different products.”

Moms Break the Stigma of Working in Weed